Faculty of Humanities
and Social Sciences 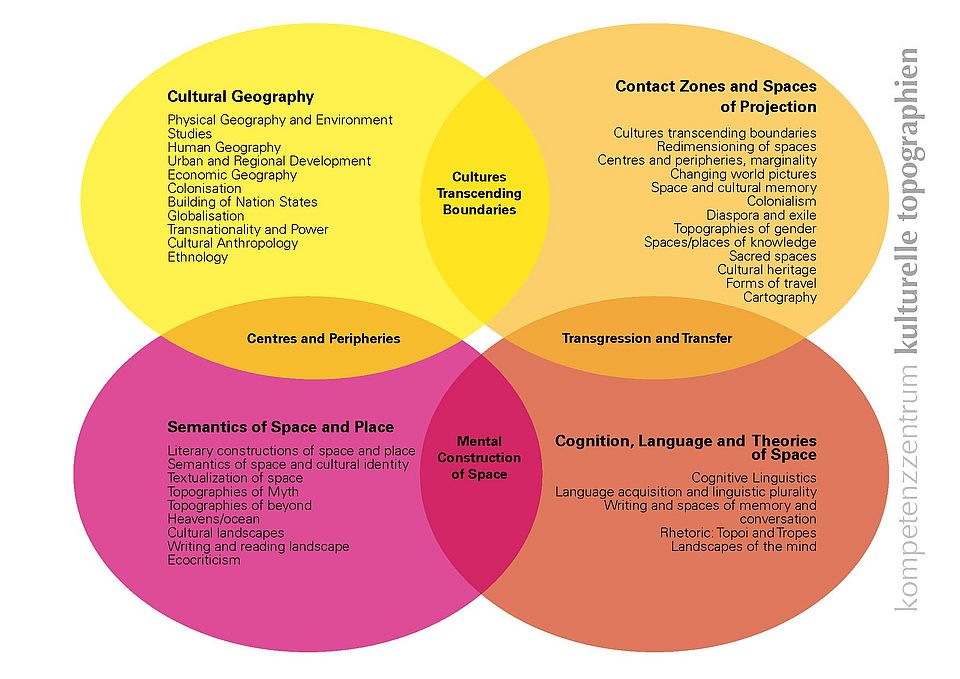 The Centre of Competence Cultural Topographies uses a cultural studies approach to investigate the categories space and place. After the spatial turn, groundbreaking work has been done since the 1980s on theories of space as well as on diachronic and synchronic aspects of the perception of space and place (e.g. work on the cultural meaning of central perspective or on the role of navigation and cartography in the era of European colonial expansion and conquest). Taking our cue from such work, we aim to offer an academic contribution to the current discussion about the foundations of Europe. Globalisation is entering a new phase at the beginning of the new millennium, and the resulting medial, political, economic, ecological and ethical challenges can often be described in topographical terms, for example in such notions and issues as global village, access to resources, cultural contact, migration, ethnic/religious and territorial conflict, climate change. It is in this context that Europe is attempting to cope with its process of unification, its expansion and its global role.

Taking existing strengths and thematical interests as a starting point, the general topic Cultural Topographies is subdivided into four areas of specialization which cover various facets of the theme and express the reserach interests of the participants. Each area of specialization has a specific Swiss angle as well as local connections to Basel. Basel as a city with a significant historical past, situated in the centre of Europe and on the border of three countries, but nevertheless being at the fringe of political Europe is the ideal place to follow up these questions.